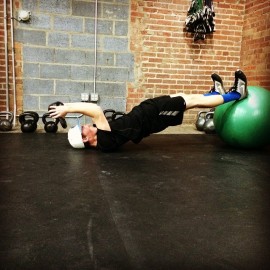 Julia Child became an iconic figure in American culture as a chef. There were plenty of world-renowned chefs at the time. It is relevant for baseball training to understand what made her stand out.

She brought French cuisine to the average American in a cookbook full of recipes. Prior to that, French cooking was deemed too difficult and accessible only to the highest socioeconomic class.

She had good recipes and presented them in a way that empowered her followers.

Recipes can make a cook look really good. I recently made a batch of squash soup with sweet potatoes and apples. It was the first time I had made this particular soup. Yet it came out perfectly delicious and healthful.

I was not trained at Le Cordon Bleu. It was the power of the recipe and the quality of the ingredients. My expertise was trusting and trying.

“How can I increase my bat speed?”

“How can I increase my foot speed?”

“How can I throw the ball with greater velocity and avoid arm pain?”

The DSP staff loves responding to this one because it is so topical and we believe our recipe brings a solution to this complicated issue that will satisfy the baseball community’s hunger.

The topic of arm development is so prevalent in the DSP studio that we take it for granted sometimes that everyone knows the essence of this national issue.

“Dr. James Andrews cited a five-to-seven-fold increase in the incidence of Tommy John surgeries among adolescent and teenage pitchers in his practice since 2000.” – Washington Post May 2014

Theories are great, but looking at the final product is always a good reality check. Let’s look at one of our clients, Hughes, an 18 year old who has been training at DSP for about 18 months. First, please know how special this client is. We’re not the only ones who think so. UVA, the reigning NCAA champions, have invited him to play baseball on their team this fall.

When some people hear this they think Hughes is simply the product of superior DNA–a freak of nature or a “natural.” How else could a 5’ 11” 165 pound kid throw 92 mph?

But what’s extraordinary about Hughes is not his DNA; it is his effort and vision.

He created a vision of himself as a big-time pitcher and then put forth the effort to make it a reality.

When Hughes first came to DSP 18 months ago, we did what we do for all clients and put him through the Functional Movement Screen. For us, the quality of how an athlete moves is paramount.

Like all new athletes who come to DSP, he exhibited constraints in the form of weakness, asymmetry, and immobility. In other words, he was no different than all the other teenage athletes we see. DNA…normal.

However, Hughes did have something else that not all clients have when they enter our doors…PAIN. At the age of 16 Hughes already had a history of arm pain and 18 months ago it was in the elbow.

Remember folks, arm pain is a sign of damage. We are willing to bet the damage started a long time before the pain showed itself at age 16. Very likely it started in Little League.

As Dave Sheinen of the The Washington Post recently wrote,

“It is becoming clear that the problems showing up in the elbows of big league pitchers and top minor league prospects did not start when they turned pro. Increasingly, the industry is focusing on amateur baseball, all the way down to Little League, as the root of the problem.”

The Dish is Only as Good as the Recipe

Before Hughes came to DSP he had worked hard to build the proper pitching foundation of good mechanics, timing and velocity training with a well respected pitching coach. And he was making good progress toward his velocity and consistency goals. But as his pitching skills increased so did the stress on his arm and body, and his lack of strength in key areas began to manifest itself in the form of arm and elbow pain.

It is important to note that Hughes was engaged in the baseball routines common to ball players aspiring to play at the collegiate level:

All of that sounds very familiar, right? It is the recipe used by most of the baseball culture today. But that recipe was missing an ingredient critical to reaching Hughes’ goal of playing at the highest level of college baseball. To put it simply, his routine was not developing the specific strength needed to advance his skills to the highest levels and, most importantly, to stay injury free.

Following a recipe written by people who are in charge of your school weight room or your team does not mean you will get the results you desire.

Your desire to throw 90+ mph and remain healthy over the long haul will only be realized if the recipe includes the critical ingredients.

At DSP, one of our critical ingredients for throwing productively and without pain is a….

“Core stability is seen as being pivotal for efficient bio-mechanical function to maximize force generation and minimize joint loads in all types of activities ranging from running to throwing.” Sport Medicine 2006, Vol 36, Issue 3

Future blogs will delve deeper into this subject. For now, let’s learn from a client’s experience.

Despite the high level of activity in Hughes’ life, including lots of games and lots of time in the weight room, the critical ingredient for throwing at a high level pain-free was missing.

In short, his level of overall athleticism was not high enough.

The results of his Functional Movement Screen backed up this statement. His push-up and active straight leg screens indicated a constraint, probably in his core. This is very common and something we address in every client. As a result of those constraints, parts of his body were, as we say, “locked up.” His mobile joints were restricted. Range of motion was less than optimal.

His body was going into compensatory muscle recruitment in an effort to transfer force from the ground to the ball. Muscles and soft tissue were being asked to perform tasks for which they were not designed.

That means his ability to put force into the ball was not as efficient as it could have been. Is it any wonder that the machine was breaking down and showing up as elbow pain?

What happens if you drive your mis-aligned car for long periods of time? Eventually the dysfunction shows up in the rapid breakdown of multiple pieces of your car. The same thing happens in the body.

Vision, Tenacity, and a New Recipe

Take a look at Hughes today after 18 months of training:

You just won’t see many, perhaps any, other athletes his size and age who can do what he does in the studio.

Consequently you just don’t see many athletes do what he can on the baseball field. A 5’11”, 165 pound 18 year old throwing 90+ mph, PAIN FREE is VERY uncommon.

Credit Hughes’ unending search for the protocols that work best for him.

I can assure you, Hughes core is very stable. His mobility is very good. He is throwing with exceptional velocity and command. He is headed towards the realization of his dream.

In subsequent blogs, we will reveal more details of the training Hughes received at DSP and why we believe the essence of that protocol can help many pitchers and position players out there.